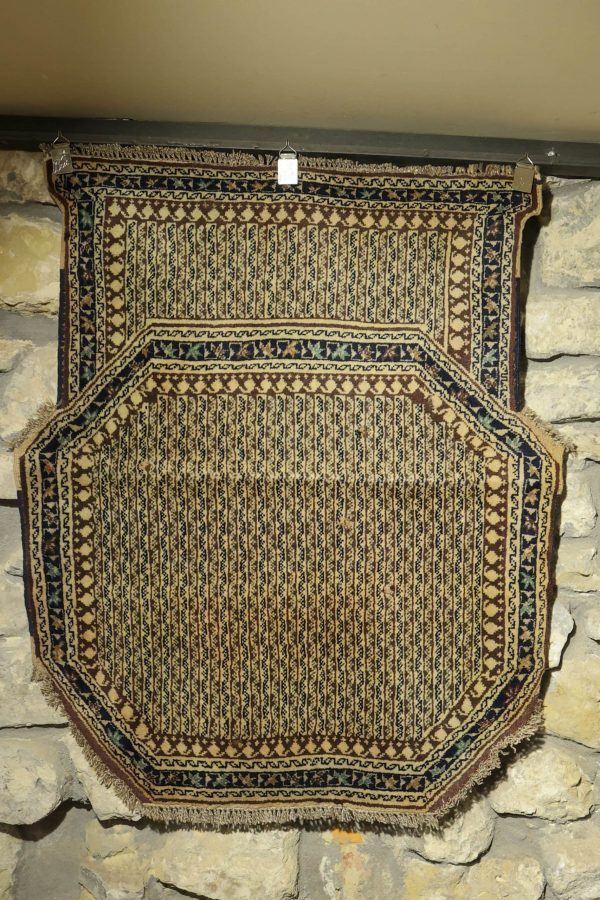 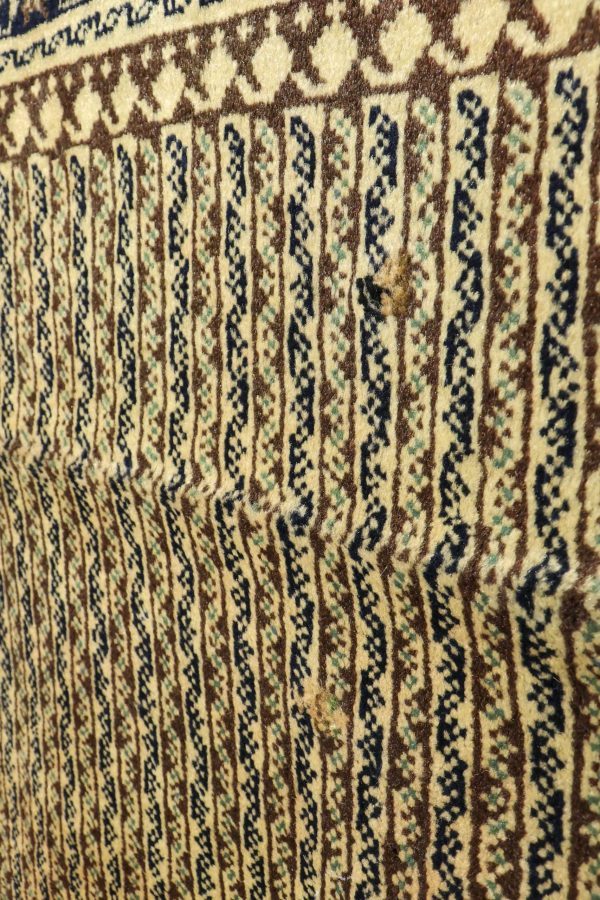 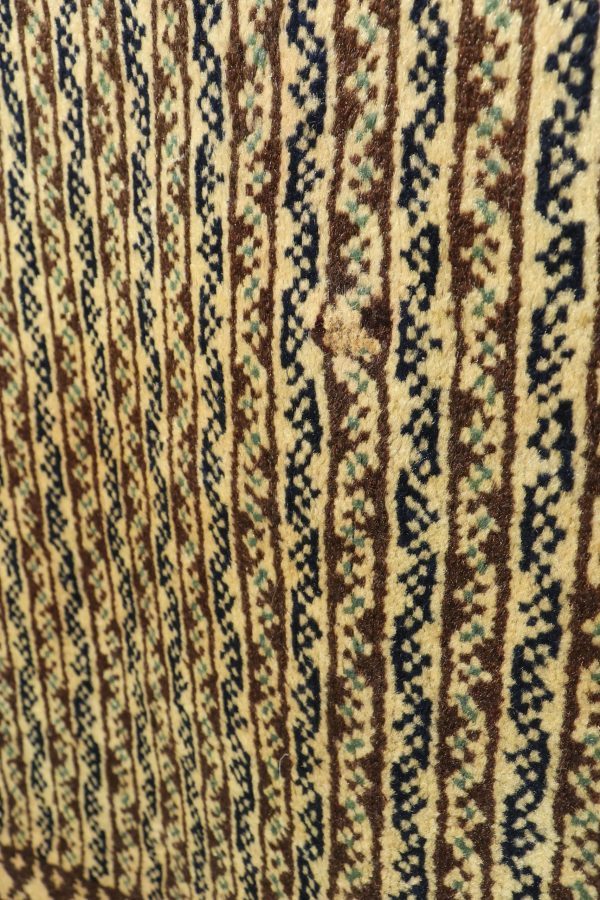 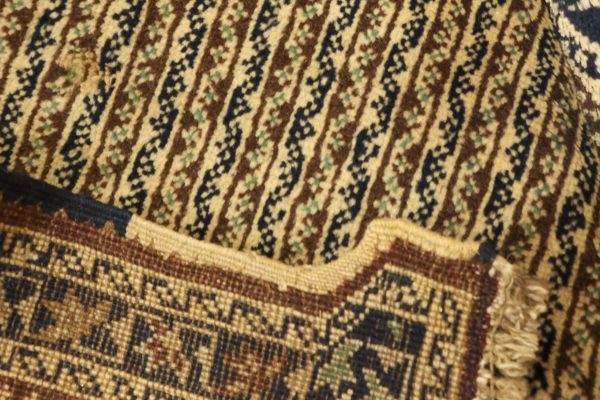 The name is also used for the district in which it is situated and for the Bakhtegan Lake. The town was located on its shores, but because of the shrinkage of the salt lake it is now to its southeast. In the nineteenth century some of the Neyriz inhabitants were Bábís, and were persecuted by the government.

The very afluent, varied pile weaving industry of the Neyriz area comprises a wide range of rural-tribal entities with variying techniques and designs, but all of them often draw on an unmistakable semi-standard palette. The peculiar shades of colour, notablly greens, blues, golds and browns persists. Another distictive feature of early Neyriz pile rugs is their extraordinary fine wool.

This saddlebag from Neyriz has the so called “moharramat-e-jinaghi (herringbone stripework), or “sea weave” pattern. It is a rare Neyriz region saddle cover from South West Iran. Very well preserved, with four tiny repairs (see pictures), maybe due to the friction with the saddle. Long pile. Edges in original condition. Bought in our last trip to Iran.

Do you want to know how much shipping will cost you? Add the product to the cart and you can use the shipping calculator in the next step.
SKU: A1910573