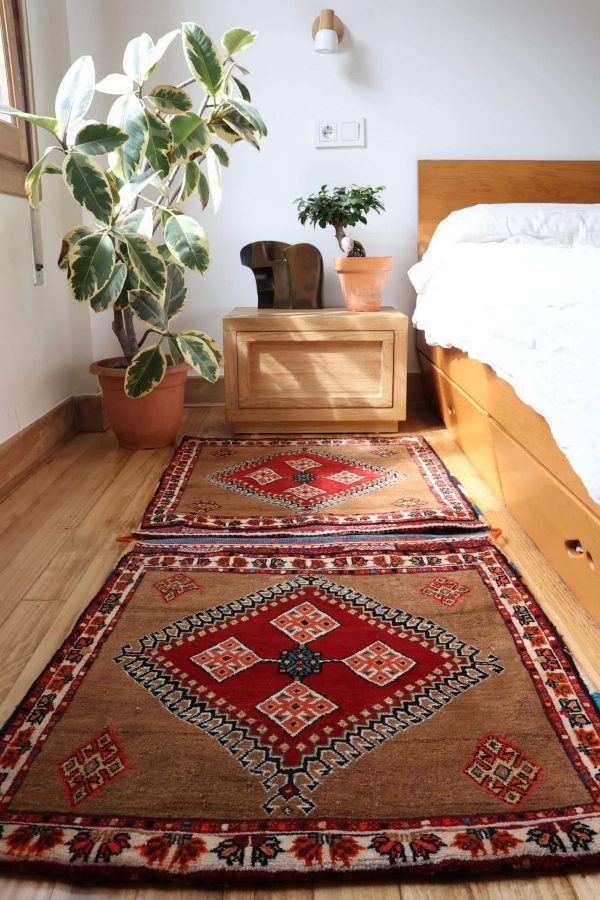 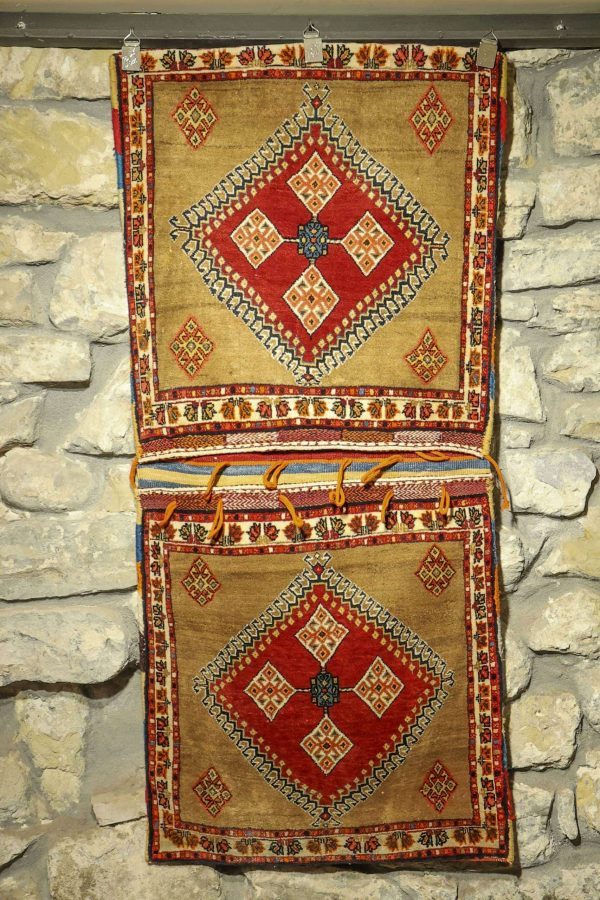 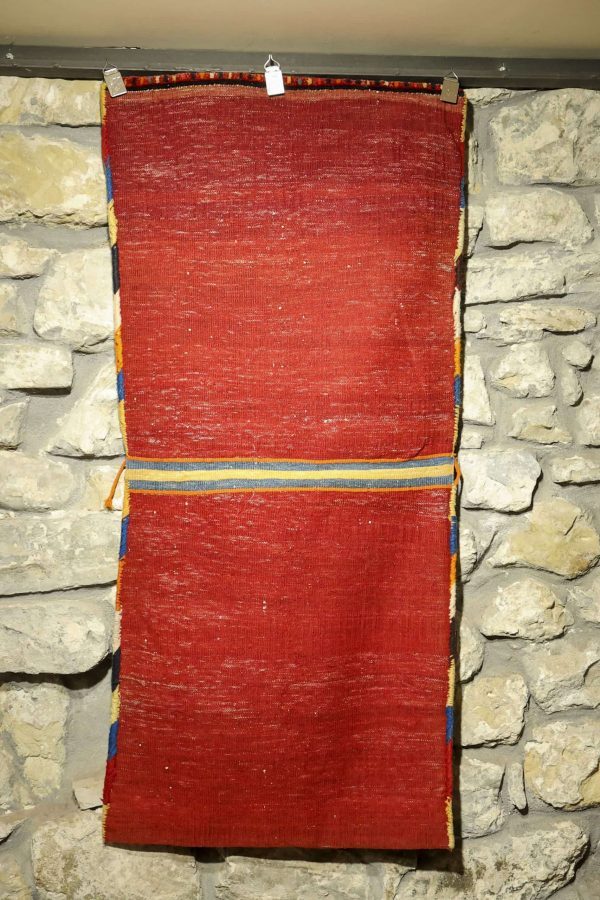 Qashqai kilims are best known for their boldness and and freedom in the way the pattern is drawn. An aesthetically pleasing geometry, the fineness of their wool and their clear, strong colours combine to ensure their reputation as superlative examples .

This large saddlebag has an unusual brown background, probably undyed camel wool. It is very finely woven, with lots of knots and the best quality wool. Most likely, this rug was woven for someone important within the tribe.

Do you want to know how much shipping will cost you? Add the product to the cart and you can use the shipping calculator in the next step.
SKU: AT1705513