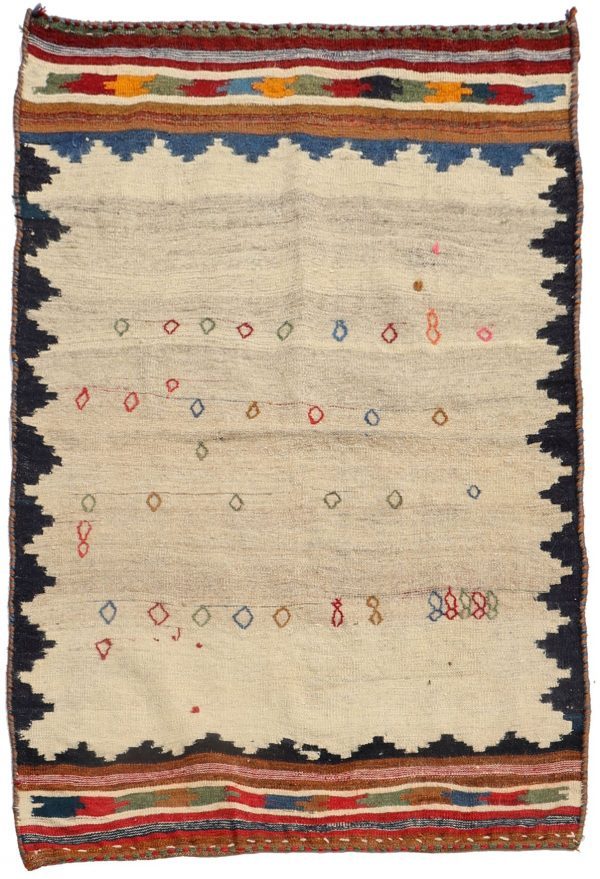 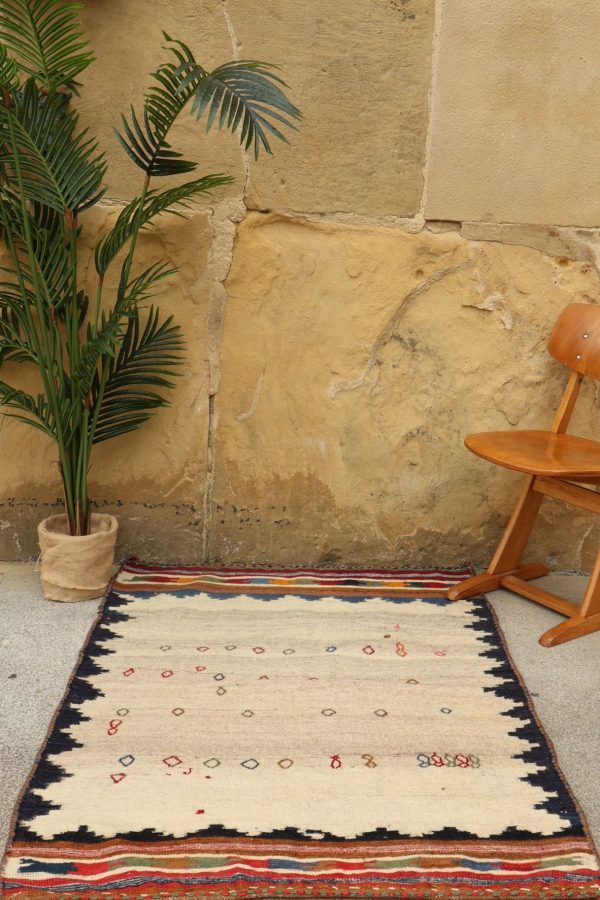 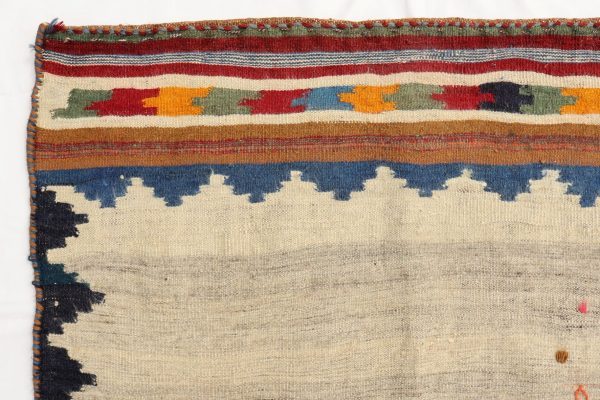 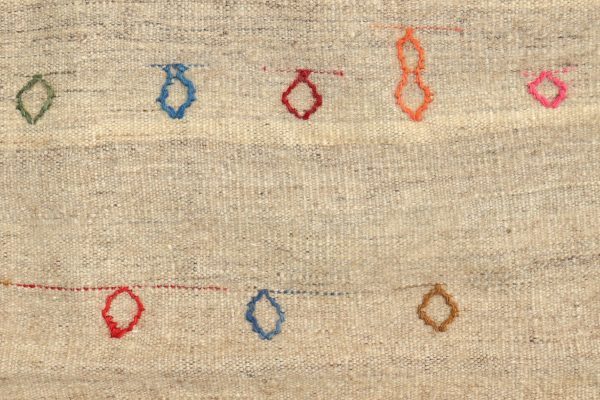 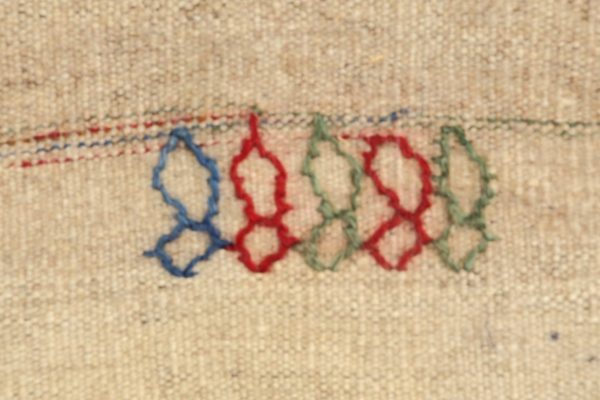 Qashqai kilims are best known for their boldness and and freedom in the way the pattern is drawn. An aesthetically pleasing geometry, the fineness of their wool and their clear, strong colours combine to ensure their reputation as superlative examples.

Sofrehs take their name from the Farsi (Persian) word for cloth and are used for several functions connected with preparing and eating food. Eating cloths are normally referred to simply as sofrehs and vary enormously in size-from small, rectangular mats for personal use to extremelly long, narrow runners for communal eating. They are woven in several standard techniques, including alternating bands of kilim and pile rug, and produced by a number of nomadic and tribal weavers in Iran, Afghanistan, Central Asia and to a lesser degree, elsewhere.

This simple sofreh or kilim on which to bake bread stands out for a background decorated with irregular naive motifs arranged in a random way that contrasts with a more geometric and formal border.

Do you want to know how much shipping will cost you? Add the product to the cart and you can use the shipping calculator in the next step.
SKU: K2101404