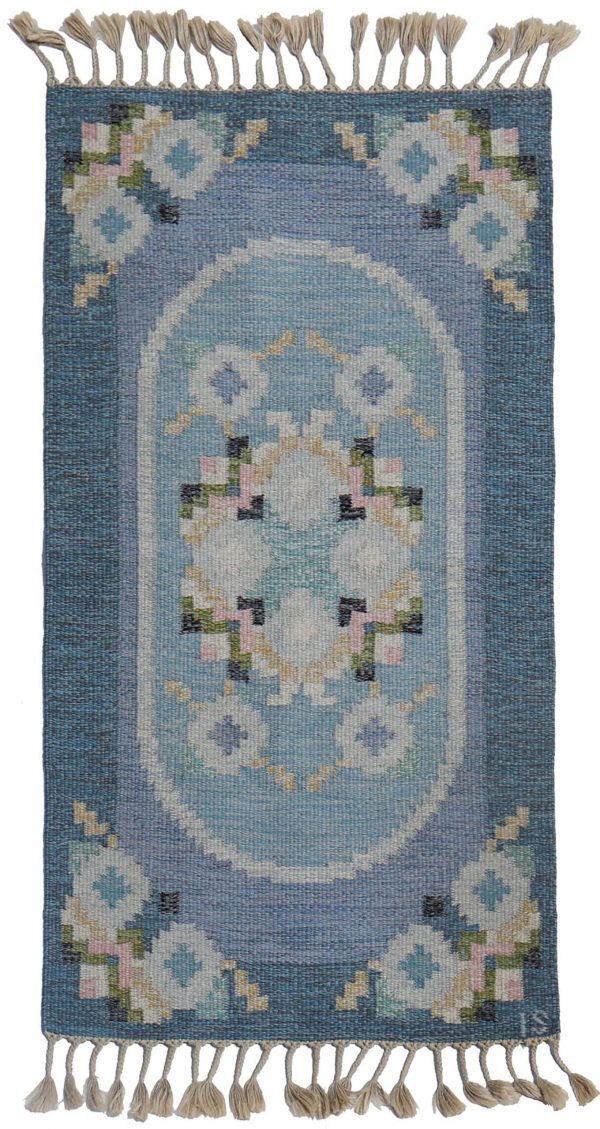 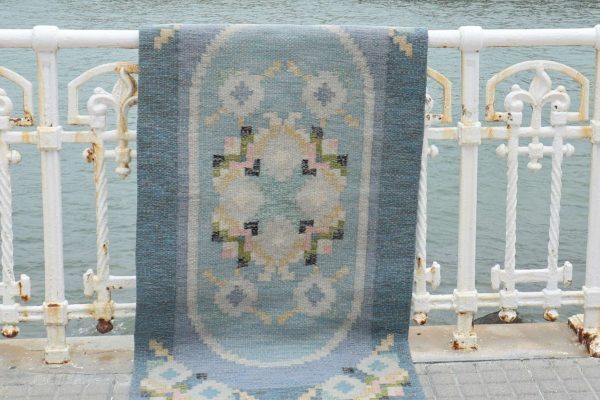 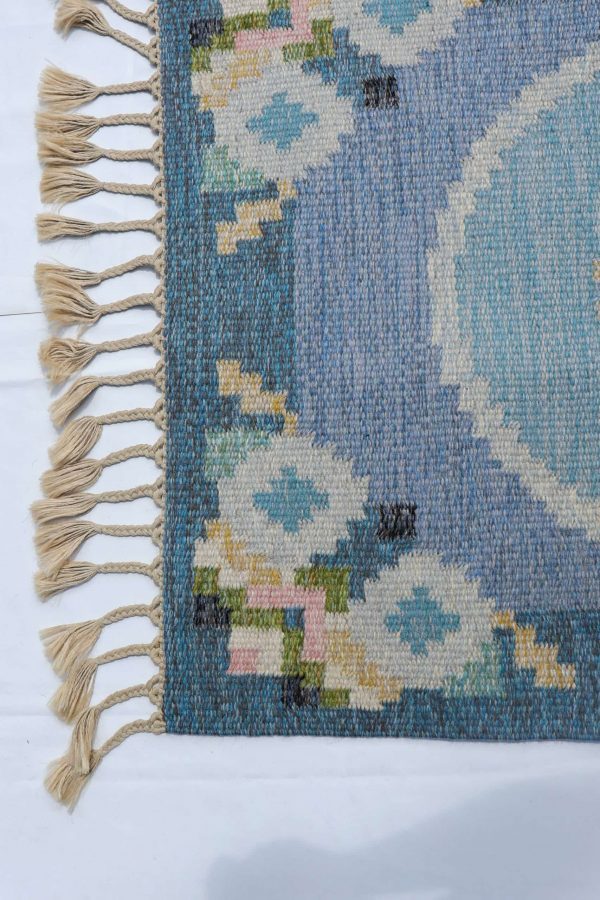 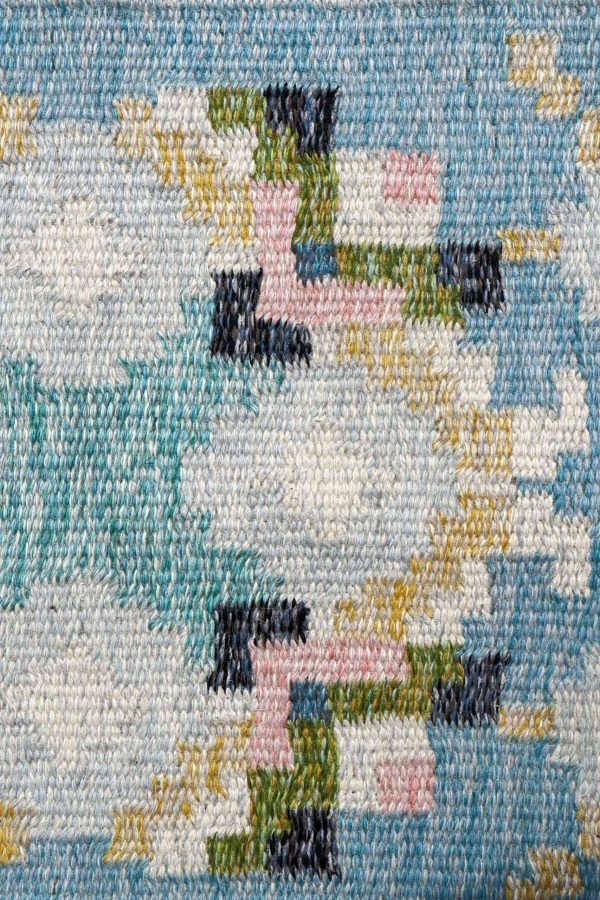 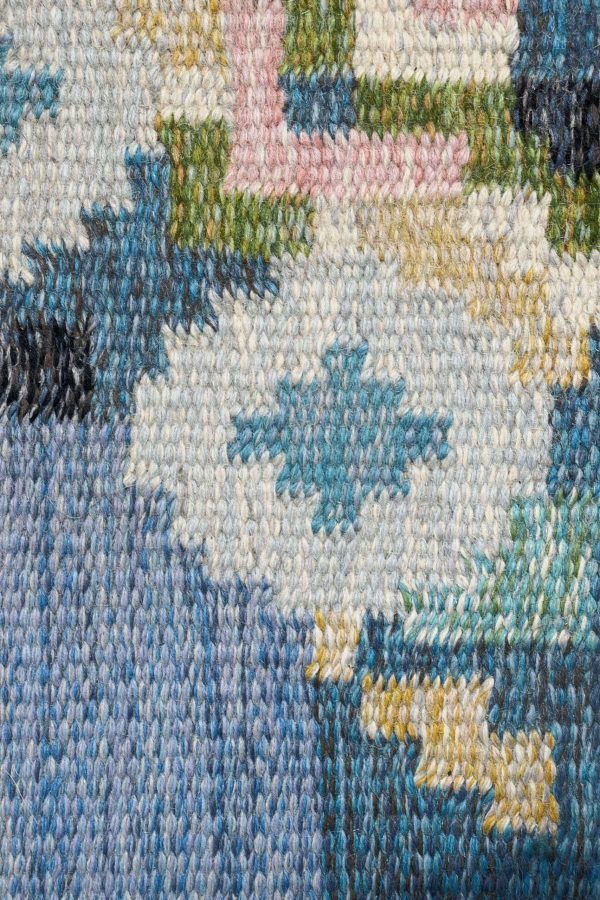 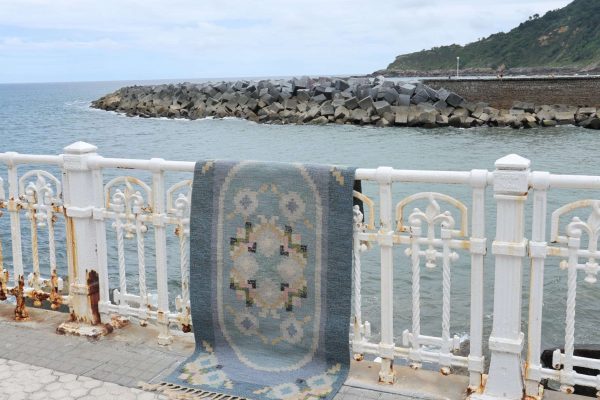 A flat-weave rug, called rölakan in Swedish, designed by this very prolific mid-century designer, Ingegerd Silow. During the first part of her career, Silow drew on traditional Swedish textile motifs, but found creative ways to inflate sizes, change colors, and generally oomph these forms into something much more contemporary. These rugs were produced in great quantity— in both a range of sizes and colors— by several Swedish companies, notably Axeco AB and Eric Ewers AB, and proved extremely attractive to young Swedes moving into the new housing being rapidly produced at that time. The designs of these rugs, both traditional and modern at the same time, spoke to this generation’s desire in furnishing their new post-war homes to retain something familiar in style, and at the same time satisfy the urge to update their decor.

In the later part of her career, Silow produced many rug designs which moved further away from her Swedish traditional sources. She seems to have been influenced both by the larger graphics and vivid colors of the late 60s into 70s, as well as by exposure to the designs of other cultures. It would be useful, and fun, to be able to trace some of the study and travel abroad she is reputed to have done during this period, but that information is elusive. We may have to be satisfied to deduce it to some extent through the rug designs she produced.

Do you want to know how much shipping will cost you? Add the product to the cart and you can use the shipping calculator in the next step.
SKU: K2107001