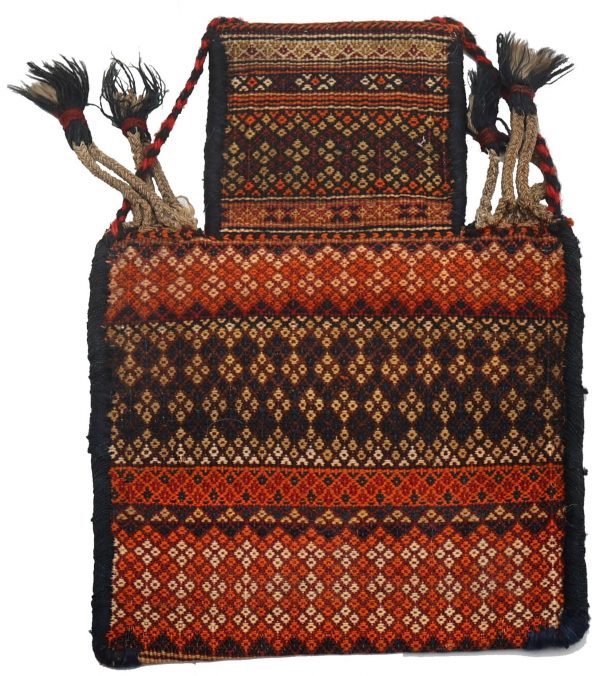 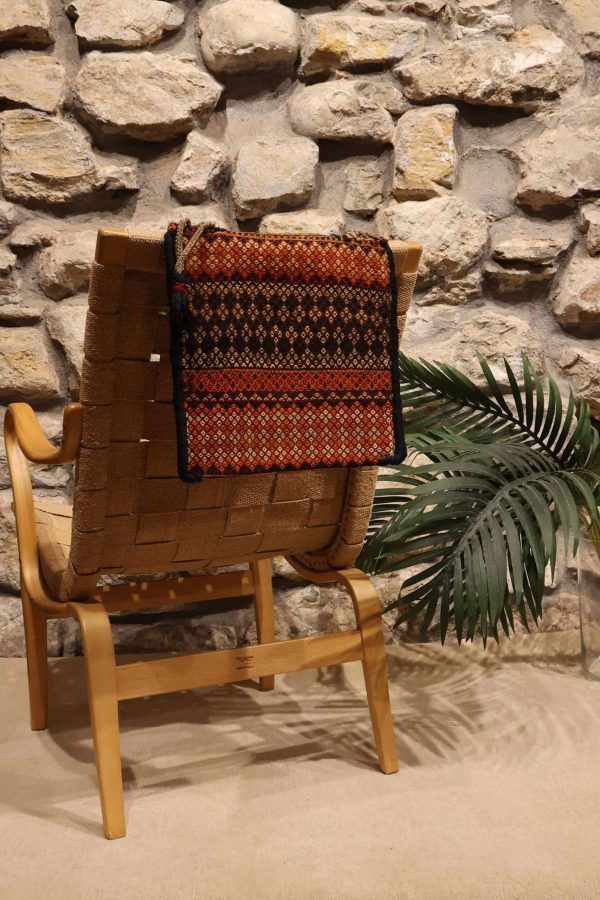 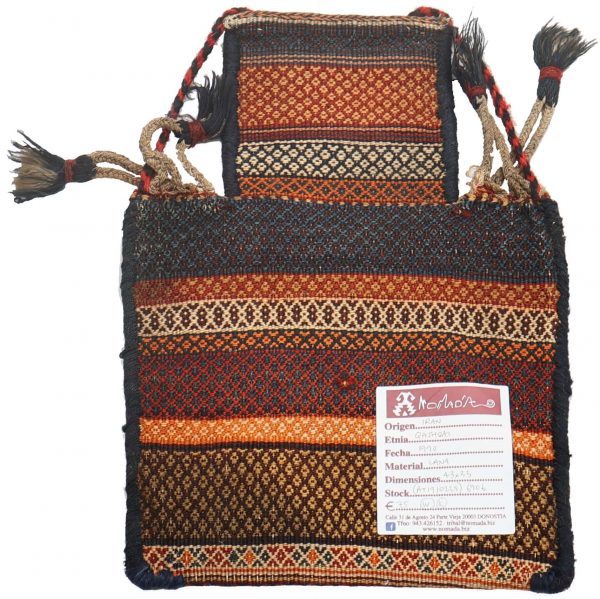 Namakdan is a container for preserving and carrying salt. This container is mostly wover for shepherds to carry the salt needed for the flocks they take to mountains and plains. The shepher carries on his back the salt container full of salt, and occasionally pours a handful on a rock so that his flock can lick it.

In addition, the namakdan has its household uses. Most tribes store their salt in this bags andn hang the inside the tent near the cooking space. A namakdan, has always the same shape, that is, it consists of a main body and a neck.

A namakdan is an item made for a specific person, a child or some loved one travelling far over the hill and valleys. The namakdan thus acts as a token of a woman´s love, and carries, as it were, part of this love for the shepher´s lonely hours.

Do you want to know how much shipping will cost you? Add the product to the cart and you can use the shipping calculator in the next step.
SKU: AT1910225