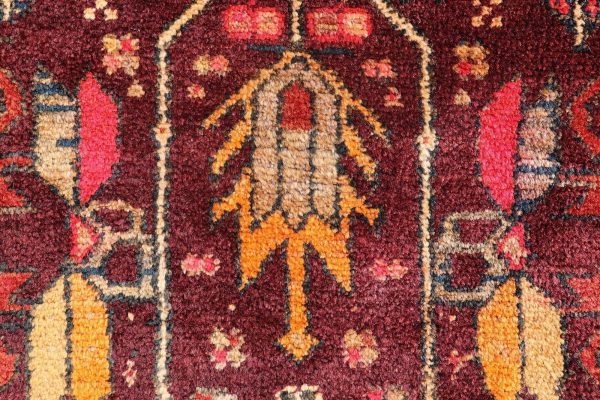 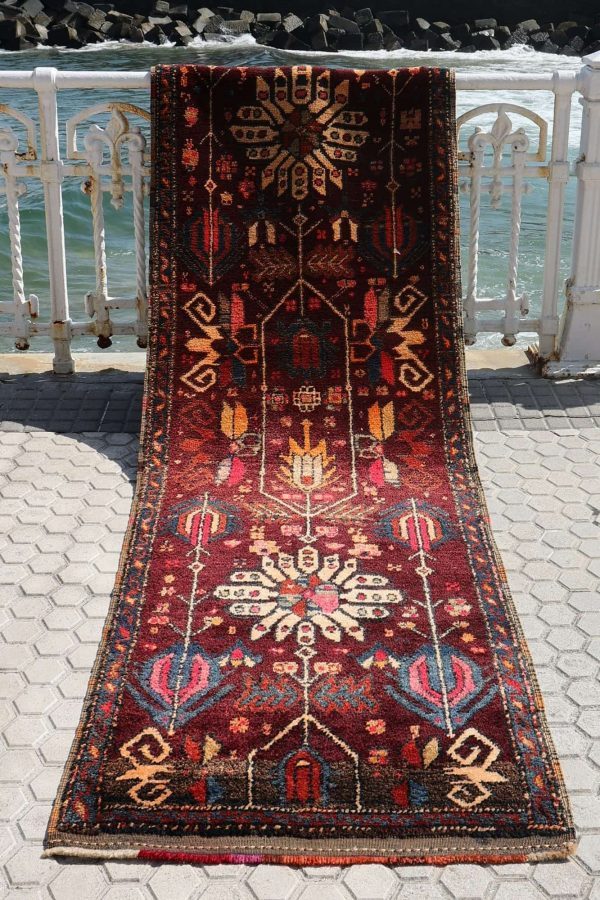 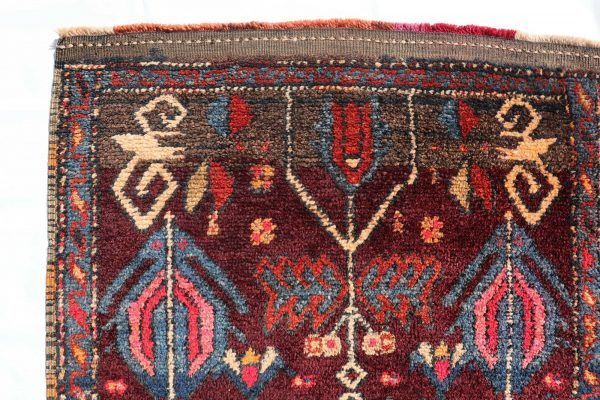 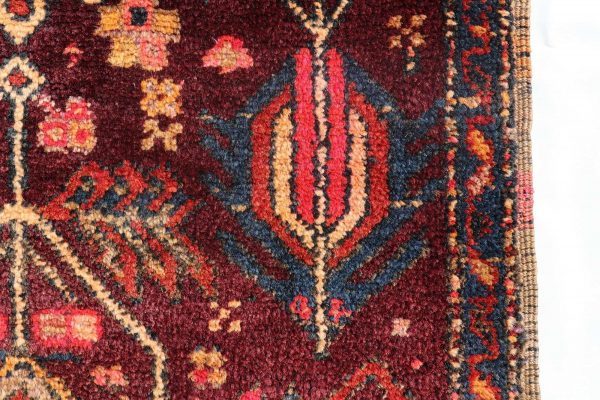 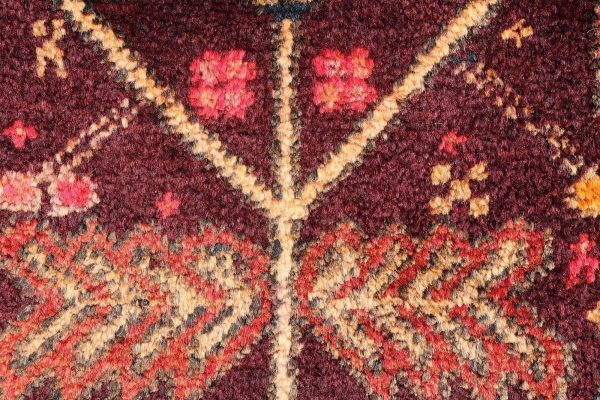 The Herkis lived mostly a nomadic life with their herds; however, this changed a lot after 1920 and the Treaty of Sèvres. The new hand-drawn borders of Iran, Iraq, Syria and Turkey hindered Kurdish tribes to continue their way of life.

In 1989 they counted some 20,000 people, living between Urmia and Rawanduz, one of the largest remaining groups of pastoral herders. On their regular movement they brought salt from Iran to Iraq and carried wheat and barley back to Iran.

The Herkis were a very well-armed tribe, and were noted to be good warriors and fierce men. Some of their women would occationally be seen fighting alongside men.

The weaver of this rug has used a big repertoire of vegetable motifs arranged in a random way. The wool is soft and shinny.

Do you want to know how much shipping will cost you? Add the product to the cart and you can use the shipping calculator in the next step.
SKU: A2108001